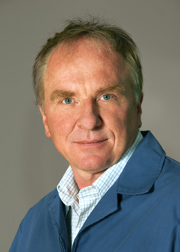 Dr. Andrzej Olender graduated from the Western College of Veterinary Medicine in Saskatoon, Saskatchewan, in 1990. He opened his small animal and equine mobile practice on March Road in 1991. Soon after, in 1994, he acquired the Dunrobin Veterinary Clinic. “Dr. O.”, his wife and four children have lived in North Kanata since the early 1990s. They share their home with three cats, Veggie, Zelda and Norma. Why Veggie? Well, she was found at a local grocery store in the vegetable department, hence her name. After being brought to the March Road Veterinary Hospital, Veggie was quickly adopted by Dr. O. In his spare time, Dr. O. likes to spend time in his family’s garden (it’s a big garden!), downhill skiing, and learning new languages. Although Dr. O. has special interests in many aspects of veterinary medicine, his main focus is in surgery, ultrasound, and dentistry. He is one of the few subspecialists repairing cruciate ligaments with TTA (Tibial Tuberosity Advancement) surgery and various extra-capsular techniques, like the Arthrex TightRope, the SwivelLock Knottless techniques, and the Arthrex Corkscrew and FASTak techniques. Dr. O enjoys mentoring new veterinarians, as well as students. He insists on continuing education. Even with two growing practices, he continues to keep up his interest in equine medicine and provides services to the Dunrobin horse community.

Dr. Robert Olender graduated with distinction from the Ontario Veterinary College in 2017 after completing an Honours Bachelor of Science degree in biochemistry at the University of Ottawa. Robert was born and raised in Kanata and is excited to finally return home and begin practicing. He has worked at the March Road and Dunrobin hospitals since he was young, wearing several different hats working as a kennel assistant, receptionist, and taking many responsibilities of a technician. Being the son of practice owner Dr. Andrzej Olender, veterinary medicine was always in the air and in his blood. Having a father who is a veterinarian shaped and granted Robert the opportunities to pursue Vet Med as a career. Apart from his coveted puppy/kitten appointments, Robert has a keen interest in dermatology, surgery, and preventative medicine. Robert enjoys hockey, fishing, travelling, and manages to make the odd quilt in his spare time. He shares his home with the love of his life, Norma J. Jean. She is a beautiful young tabby who loves exploring different parks around Ottawa on her harness.

On January 18, 2017, our dear colleague, Dr. Leslie Dalton, passed away from breast cancer at the age of 40. Dr. Dalton was a hard-working, dedicated professional who lived her life with purpose, balance, grace and quiet confidence. Throughout her life, Leslie was incredibly kind, and exemplified care and compassion for those around her. Dr. Dalton will be forever missed and remembered for her brilliant mind, strong independent spirit, and generous heart.

Tina is the head technician at March Road Veterinary Hospital. She graduated from St. Lawrence College in Kingston, Ontario and became a Registered Veterinary Technician in 1996. She has been part of the MRVH team since September 1996. Tina, husband Scott, and three daughters Sierra, Madison, and Sydney share their home with Jasper, a beautiful furry cat! She also has a lovely horse, Bradley. In her spare time, (when it comes around!), is spent horseback riding, reading and hiking.

Krissy is a Registered Veterinary Technician with a passion for anesthesia and multi-modal pain control. She graduated from Algonquin College program in 2009 and has been working with us since. Krissy has two wonderful and energetic sons’ Zayden and Lincoln, two cats Kiefer and Radar, and a very patient boyfriend Andrew. After growing up in Arnprior, Krissy moved to the city to attend school, though still dreams of moving back to the country.

Hayley loves all animals large and small and has dedicated her life to their care and happiness. She has worked in rescue and clinical settings before graduating this spring from Seneca College’s Veterinary Technician program and achieving RVT status. She has recently moved from Toronto with her husband Brett, two cats Moose (not a big moose… just a little moose) and best friend Bean, and dog Mario that she adopted on a spay neuter trip in Northern Ontario. She has particular interest in emergency and critical care and laboratory procedures. She is excited about leaving the traffic behind, learning about the Ottawa area, and furthering her passion on our team!

Tobie is a graduate of the Veterinary Assistant program at Algonquin College. Tobie joined the team on a part-time basis in 2007 and became a full-time employee in 2008. She currently oversees the day-to-day operations of both clinics. Tobie enjoys spending her free time on her little hobby farm with her husband, three dogs, two cats and her horse.

Holly grew up in Constance Bay, after making the big move from England at the age of two. She now lives near White Lake with her husband, son, and their new puppy, Massey. In July 2018 she rescued a poor helpless kitten who ended up having to have one hind leg and one toe on the other hind leg amputated. The kitten, now named George, is making himself right at home and is becoming best friends with her son. She has always had a love for animals and followed her passion by working her way into the animal care field. She started off working as a manager of a local boarding kennel while completing the Veterinary Assistant program at Algonquin College in Ottawa. Holly joined our team in March 2013 and you will mostly see her making sure things are running smoothly at the Dunrobin Veterinary Clinic. She is always eager to learn new things and has no problem helping out wherever and whenever!

Julie is originally from Northern Ireland. Her family emigrated to Canada in 1974 settling in the suburbs of Toronto. Julie completed her Animal Sciences diploma course in 1998 and eagerly entered the animal care industry shortly thereafter. An avid animal lover, Julie is a “lifer” having never lived a single moment without having a pet her entire life! Wife, mother and grandmother, Julie is kept busy with her family, work and pets. Which include three misbehaving cats, Copper, Simon and Midnight and her granddog, Scotch. In 2017, the whole family moved to Dunrobin and Julie was thrilled to join the March Road and Dunrobin team in September as a CSR.

Lindsay started at the March Road Veterinary Hospital in June 2018 as a Client Service Representative. Lindsay has grown up and lived in Carp her entire life. Her love for animals has taken her to pursue a future in the veterinary field. She is currently enrolled in the Veterinary Technician program at Algonquin College, while continuing to work part-time at the March Road Veterinary Hospital. Lindsay currently has two Tortoiseshell cats, Rusty and Sammy, who sleep a lot, and a horse named Chaplin. Although Chaplin is not kept on her property, Lindsay is able to drive two-minutes down the road to the farm where he spends his time so she can visit and ride him almost every day. On the summer weekends, Lindsay is most likely at horse shows with her horse competing in the Ottawa area.

Stephanie joined the March Road and Dunrobin veterinary team in 2003, upon completion of the Veterinary assistant program at Algonquin College. She lives by the river in Constance Bay with her daughter Ella, 4 cats. Orphaned or injured wildlife seem to find their way to her quite often. Helping them is a most rewarding and interesting heartfelt responsibility.

Laura started at March Road Veterinary Hospital in September 2016 as a co-op student, where she did a full year of co-op and did such a fantastic job we added her on as part of our team. She is currently enrolled in the Pre-Health and Science Pathways program at Algonquin College and plans to continue into the Veterinary Technician program. She has a dog named Digger, three cats, Callie, Gypsy and Bear and is heavily involved in the community 4-H club where she shows Beef Cattle and Market Hogs.